An exceptional debut-release Champagne and a bargain-priced Spanish white this week! 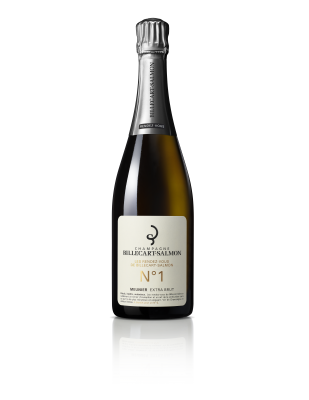 I am constantly amazed at the class, consistency of excellence and also, rather unexpectedly, the innovation and daring of Champagne Billecart-Salmon.  I am not sure that this eminent, family-owned Champagne House has ever released a wine I didn’t love.  As a fiercely independent wine writer, I am not supposed to have favourites, but I lavish praise where praise is due and it just so happens that this winery has a better hit-rate than any other producer in the region as far as my palate is concerned.

But if you asked me to name a wine style that this distinguished producer would never entertain the idea of releasing it would probably be a straight Pinot Meunier – and so this is exactly what they have just done.  With only one supplier in the UK, and only released for sale globally ten days ago, this is an early shout, but if you are a Champagne aficionado, this is yet another must-taste wine from this epic estate.

The label, the name and the messaging are all quirky, intriguing and enticing.  There is even a little advert on the bottom of the front label – the Billecarts’ cheekiness knows no bounds!

Made from 100% Meunier (they choose not to use the term Pinot Meunier for this grape to further differentiate it from its noble cousin Pinot Noir) from Leuvrigny, Festigny and Venteuil, in the Marne Valley, it is aged for 52 months on it lees and the base wine comes from the 2014 vintage.  One third reserve wine was added, from 2012 vintage, and disgorgement happened last December (2019).  The dosage is a punchy 4.5 g/l so this is not a louche, tutti-frutti style like a few of the dominant Meunier wines I have tasted in the past.

On the front label, the Billecarts write ‘Précis, inédits, audaciuex’ and my schoolboy French translated this to ‘Precise, unpublished, audacious’.  Ah-ha, I thought, it’s published now!  But on further inspection, ‘inédits’ also means ‘unreleased’, which of course it is not either, given it is on the shelves, albeit in limited distribution, but I expect that they mean that this style has never been released before from this House!  The cheeky advert which follows this text finishes with a coquettish, ‘A bientôt pour un N°2’.   So we are all on the edge of our seats for what comes next and also when this second Rendez-Vous will come about.  As always with unexpected rendezvous, the excitement is already building.

So, finally, while I have told you all of the facts about this wine, I have yet to touch on the taste.  Of course, it is stunning.  Not the fizziest of sparklers, with a more vinous, controlled mousse.  This makes it easier to swirl and open up in the glass.  It drinks like a prickly wine and there is a lot to admire here.  Meunier always picks up a touch of colour and so there is a faint coral hue, and this adds to its allure, but the ginger lily, violet, fig skin and pear blossom notes are both sublime and titillating and this wine is already drinking at the top of its game, so it is a joy to simply pop and go!  Ultra-rare and amazingly hedonistic, this is the vinous equivalent of a Radiohead previewing their much promised ‘new album’ in an obscure pub, for a handful of their closest friends and you just manage to be sitting at the bar and when they do their soundcheck and then are invited to stay for the evening!  I absolutely love it.

Rueda is situated southwest of Valladolid and the star white grape here is Verdejo.  This grape is tangy, dry, citrusy and refreshing and the very best examples are sensational, everyday-drinking, aperitif whites which refresh and excite the palate.  They ought to be great value, too!

I was sent a mixed case of new release Verdejos recently and I decided to taste them blind so as not to be influenced by labels or price tags.  It turned out that Finca La Olma was my second favourite of the bunch (my fave was 2019 La Caprichosa £13.95, but none of the stockists on the accompanying literature appears to sell it!), so this wine is next best and, buy the case, it is virtually half the price.

Made by the award-winning winemaker Sandra Martín Chivite, the grapes for this wine come from a single vineyard high on the Castillian Meseta at an altitude over 700m.  This is the reason why this wine is so vivacious and energetic.  Deliciously bright and refreshing, give Sauvignon Blanc a swerve this week and load up with a case of this beauty.  It will amaze you with its flavour and also its extraordinary value for money.