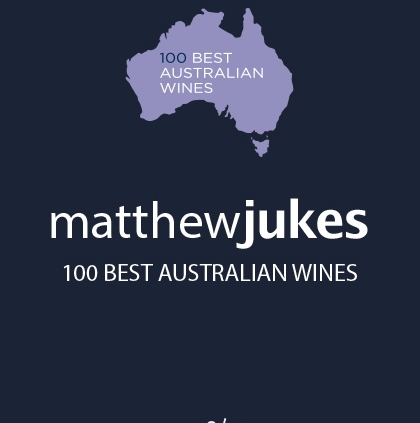 Quote from Matthew – ‘I have never opened mature wines of this calibre before outside of my own dining room table!’

the text below is taken from the M Restaurant website
Matthew Jukes is an accomplished and respected wine writer with a cult following of his four insightful wine reports – 2017 Bordeaux En Primeur Report, 2016 Burgundy En Primeur Report, 100 Best Australian Wines 2018/19 Report and the inaugural 2017 Piemonte Report, which are all available to download from his website www.matthewjukes.com. We will be focusing on his Australian wine palate in the four dinners we have planned for you at M Victoria.

To become such an expert on Australian wines, Matthew tastes over 4000 Australian wines in order to whittle these down to his 100 Best. This is the fifteenth year in which he has undertaken this challenge and he shows a selection of these wines on his UK Roadshow and also as far away as New York, China and in Australia itself. Matthew says that ‘The wines mentioned in his Report are Australia’s magnificent vinous vanguard and it is my great pleasure and indeed honour to showcase them nationally and internationally in a continued effort to alert the wine-loving public to the great wines made in this wonderful country.’

He continues, “We are so used to drinking Australian wines within their first few years of production, not least because the finest examples show uncommon balance and precocity. I have decided to open a series of mature Australian wines from my own cellar in order to highlight just how amazing these wines taste when they have had the chance to age. When Aussie wines, both whites and reds, approach and then cross the decade-old mark they relax and evolve into rare beauties. M Restaurants and I have put together a series of four intimate dinners, where my wines will be matched perfectly to four courses of stunning food. With wineries as famous as Penfolds, Glaetzer, Mount Pleasant, Wakefield, Yalumba, Leeuwin, Brokenwood, Tahbilk and Grosset, to name but a few, these dinners are the first of their kind and they will not be repeated because stocks are very rare. At the final dinner, on the 17th November, I will be throwing caution to the wind – enough said! I hope to see you there.” – Matthew Jukes

Click on the link below to take you to the M Restaurants website – you can buy your tickets there.