Hall of Fame of Australian Wines 2010 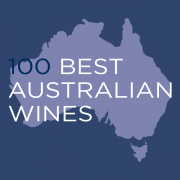 These fifteen magnificent producers have had one or more wines in every 100 Best Australian Wines list since this initiative’s inception in 2004.  They are the inaugural members of my Hall of Fame.  The wines on show this evening have been chosen by the producers themselves and they will be used as the vanguard of my continued push to celebrate and educate the world about fine Australian wine.  This launch event is not a tasting as such – these wines are to be savoured, swallowed, debated and hopefully adored.  They reflect what is exciting, engaging, passionate and essential about each of these wineries and they also show why these committed companies have gained a place in the very highest echelons of the world of wine.